The Ginza Sony Park Project is a project for the renovation of the Sony Building, with three aims: to create a new hub for Sony brand promotion, offer people interactive new experiences, and make Ginza a more comfortable town.

Ginza Sony Park opened on August 9, 2018, as an ever-changing park experience in the heart of the city. Wanting to make even the process of reconstructing the 1966 Sony Building "uniquely Sony," the company embraced the incredibly innovative idea of turning the space into a park during the building's demolition.

For three years, Ginza Sony Park held various events, live performances and other programs that stimulated surprise and playful enjoyment among visitors throughout the year. From when it opened in August 2018 to when it closed at the end of September 2021, 8.54 million people visited the park.

Sony has set new experimental activities in motion for the new Ginza Sony Park, which is currently under construction and aims to be completed in 2024.

The Sony Building opened on April 29, 1966, as the company's brand promotion  base. The concept behind the Sony Building was, in the words of Sony co-founder Akio Morita, "to create not only a showroom for Sony, but also a meaningful piece of architecture unto itself, which can function as a gateway to all of Ginza."  The corner plot facing the street crossing was named Sony Square and used to hold various events throughout the four seasons to delight the people of the city. 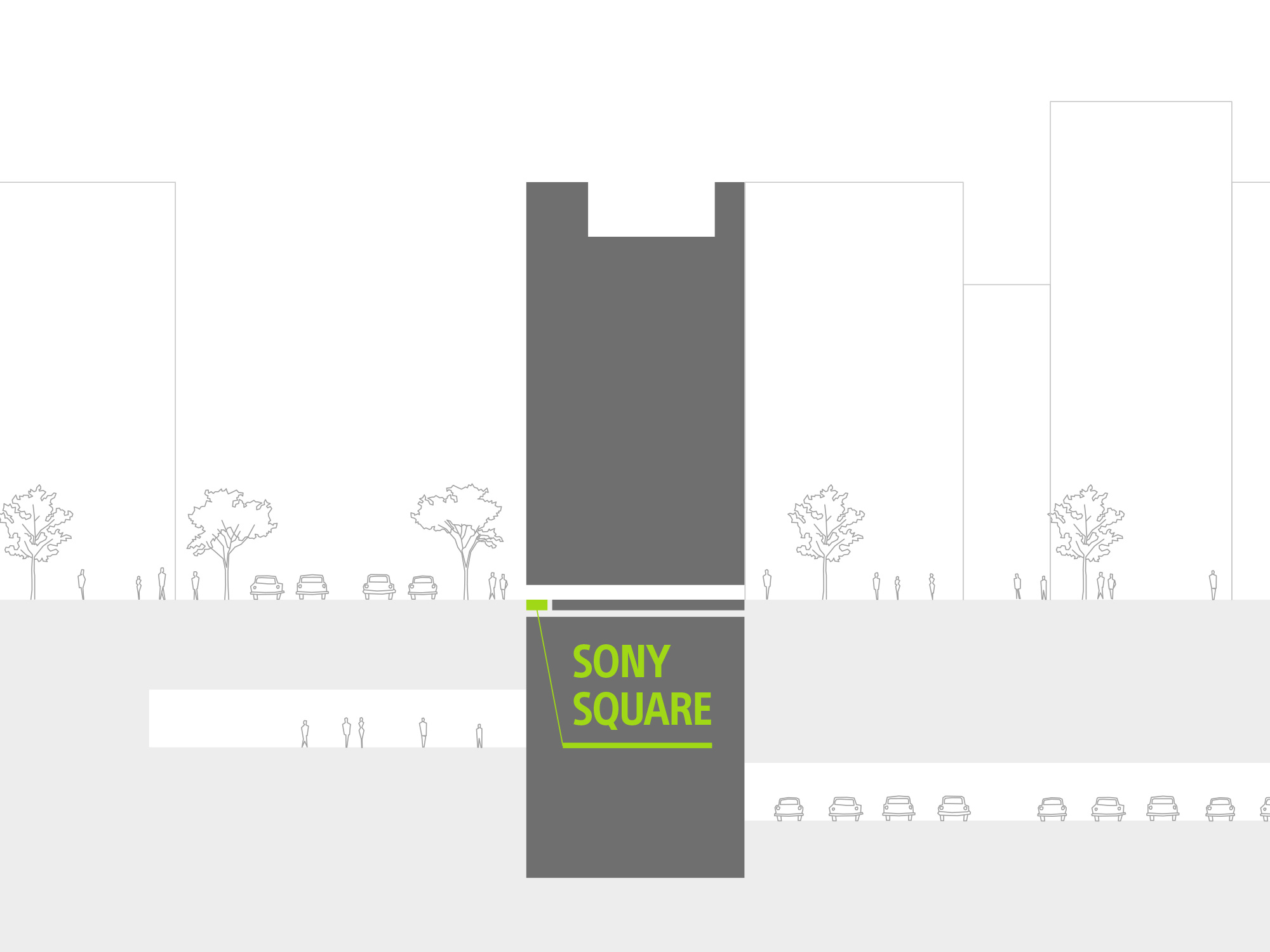 The area was opened to the public  as Ginza Sony Park for three years between August 2018 and the end of September 2021. Creating a public space in a town like Ginza and a prime location right next to Sukiyabashi Crossing presented an incredible challenge for Sony. 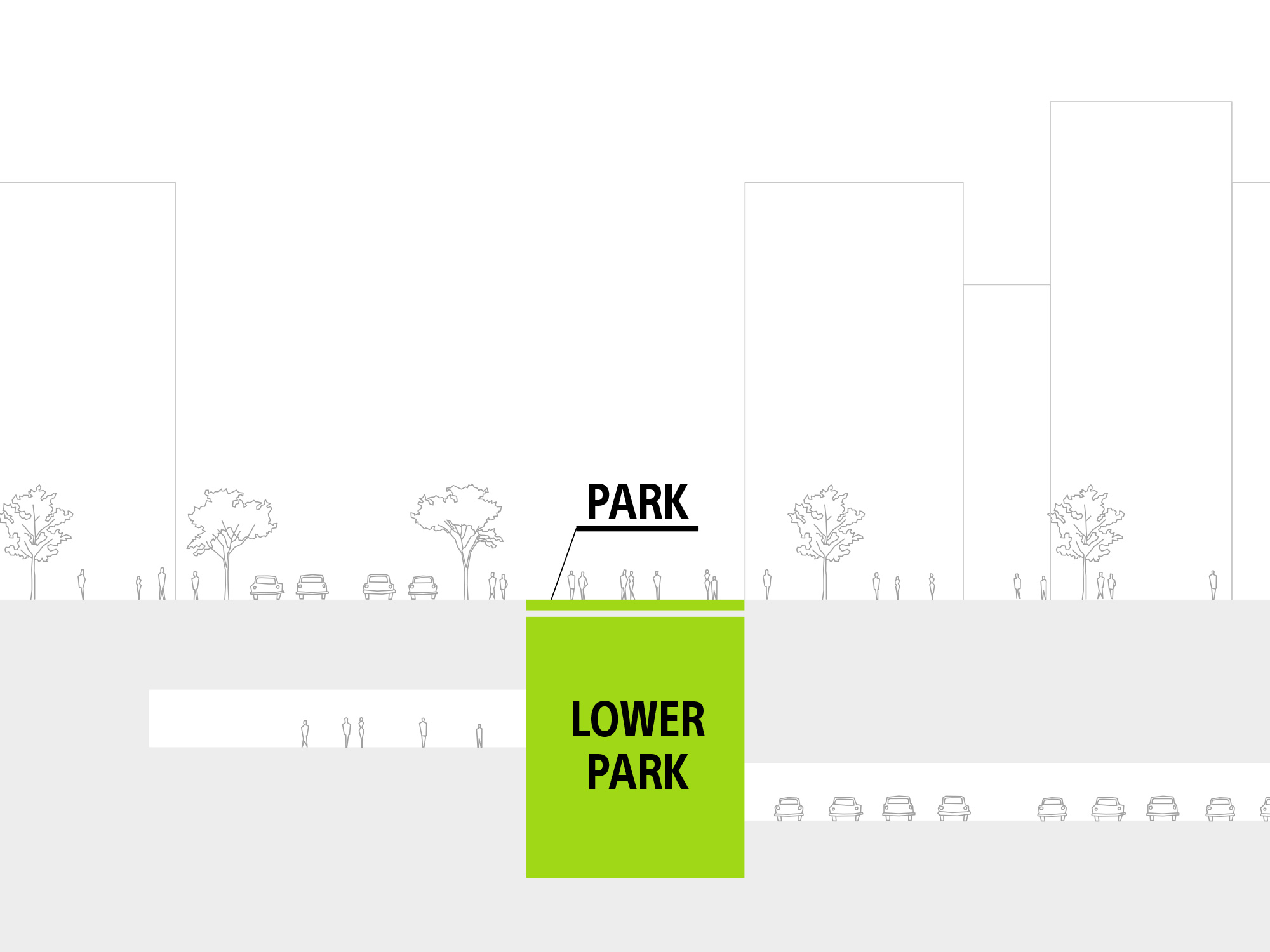 The New Ginza Sony Park, scheduled to be completed in 2024, will inherit the concept of being a park that provides a public space in the heart of the city.

The Sony Building featured a seamless spatial design with a flower-petal structure, which was considered very innovative at the time. It expressed the concept of "taking a vertical stroll in Ginza." Sony aims to once again express a unique and playful space with New Ginza Sony Park. 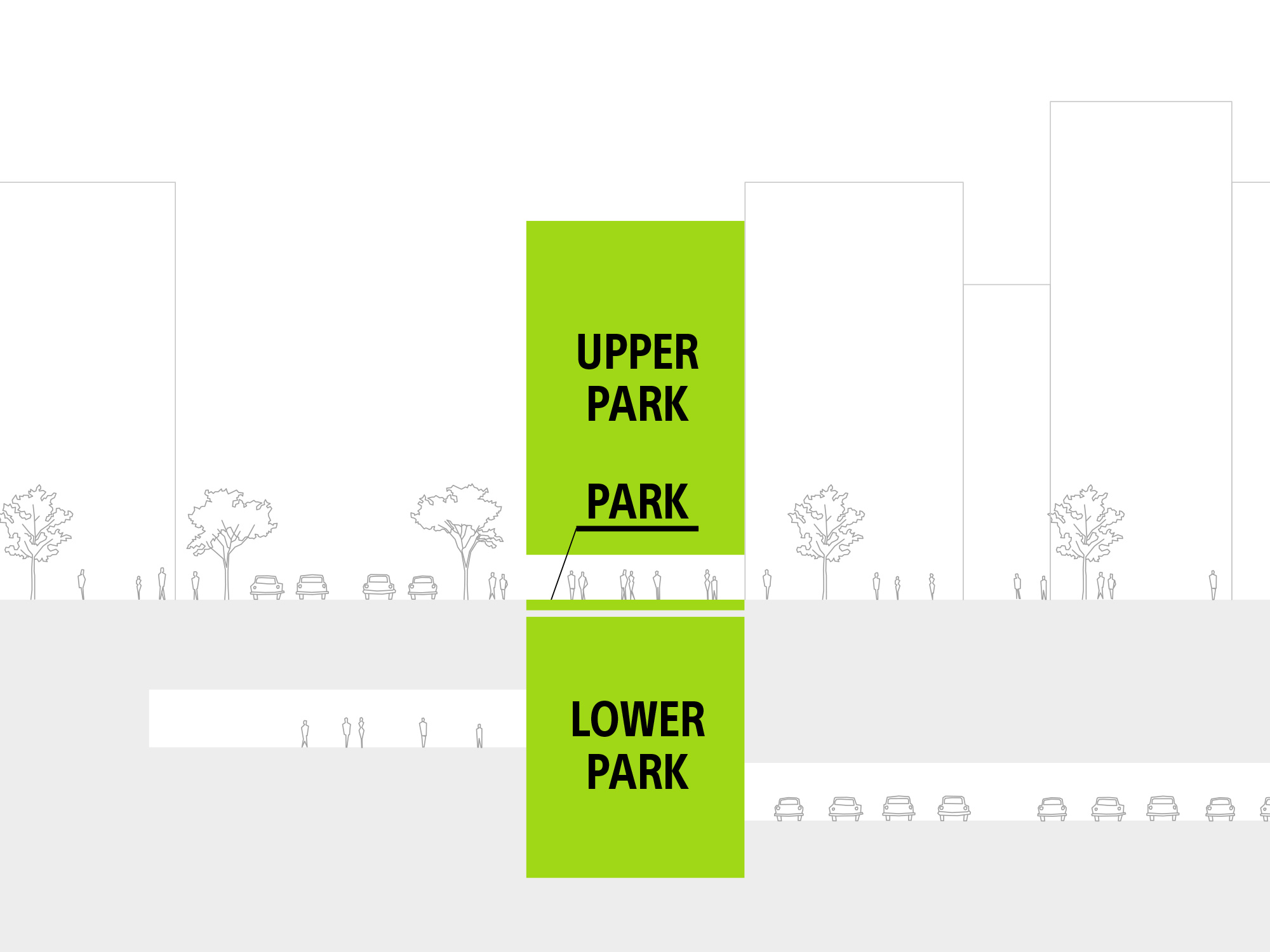 Sony Park Mini is an experimental space of around 30 m² to create the New Ginza Sony Park that is scheduled to be completed in 2024.
See more 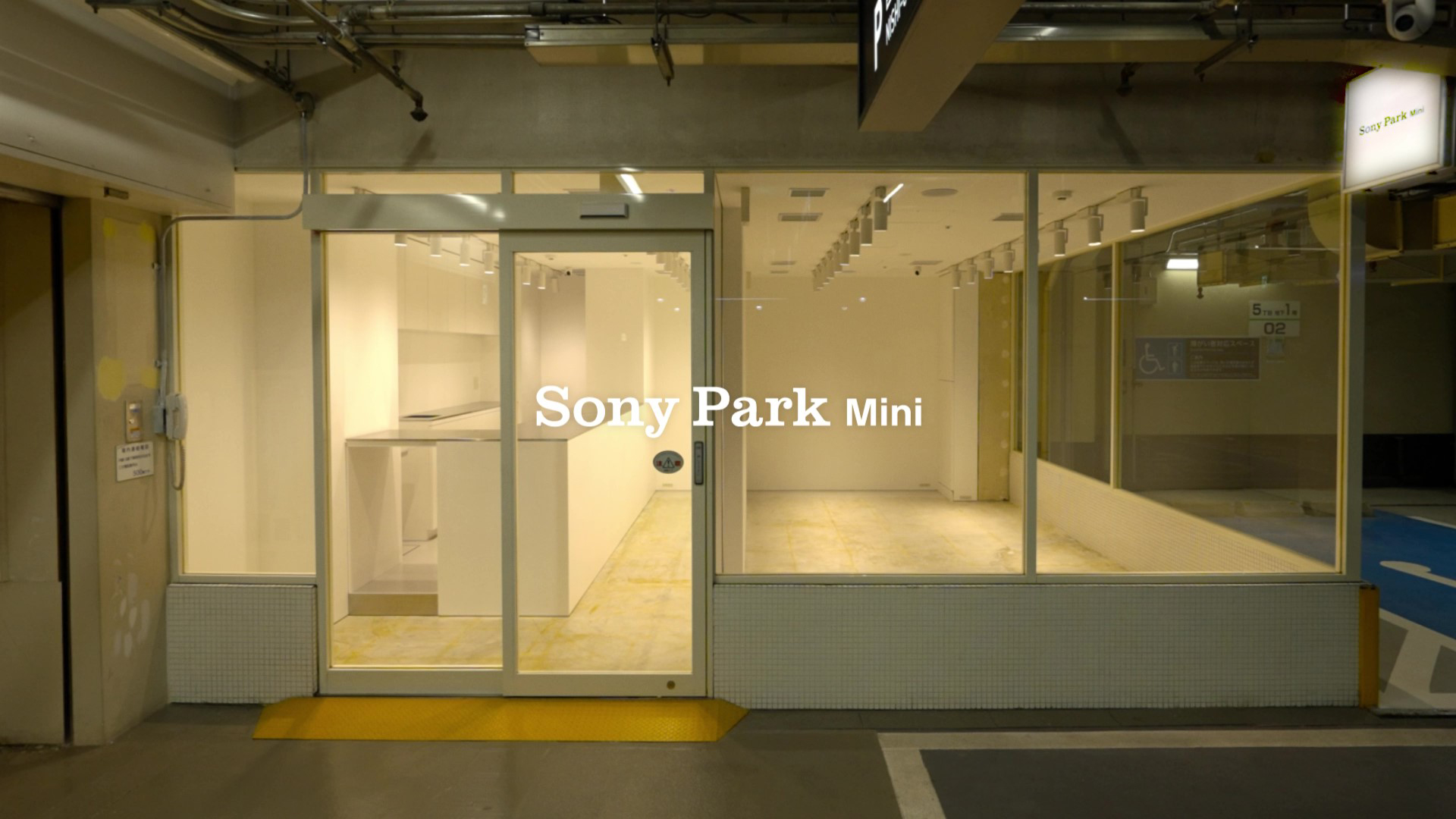 ART IN THE PARK

The temporary enclosure around the construction site for the new Ginza Sony Park, scheduled to be completed in 2024, is being used as an "art wall" to display works by artists with close ties to Ginza Sony Park.
See more Not a club or a concert hall-just a place where you can discover music. It's a chance to "run into" new musical discoveries. Some archived performances are now available on YouTube.
Concerts are performed online 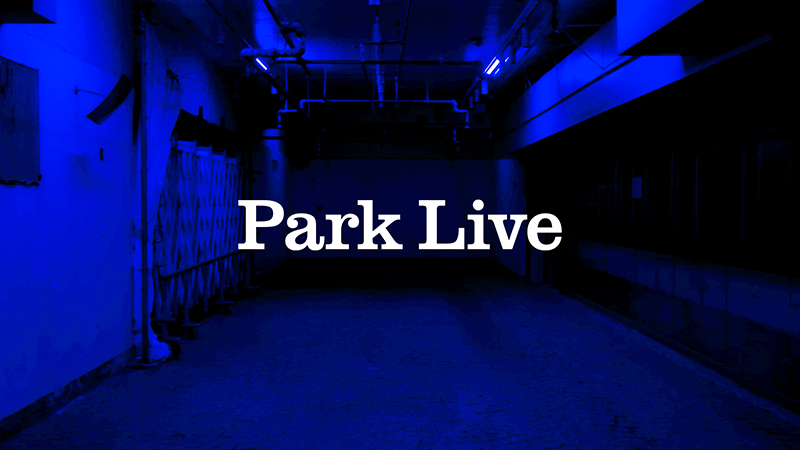 A special program on the last day of Ginza Sony Park Phase 1. This live stream recollects the experimental park in the middle of the city visited by 8.3 million people!
See more 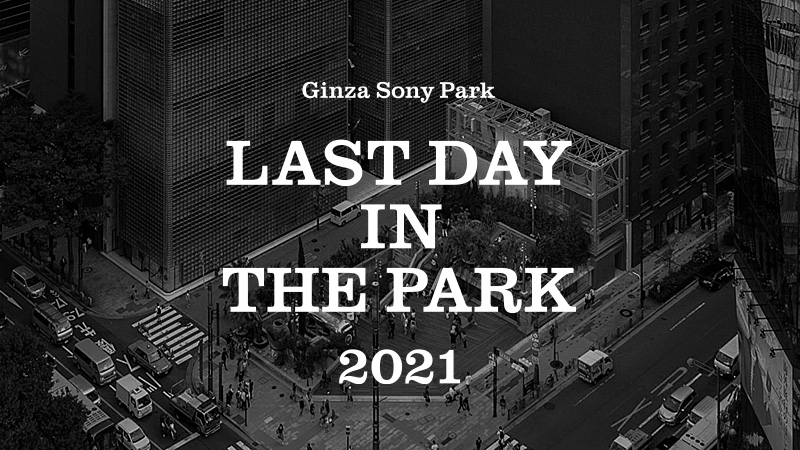 Season 2 starts this autumn, leading up to the beginning of construction on the new Ginza Sony Park in autumn 2021. Featuring even better events and sequential openings of three experimental stores from new partners.
See more 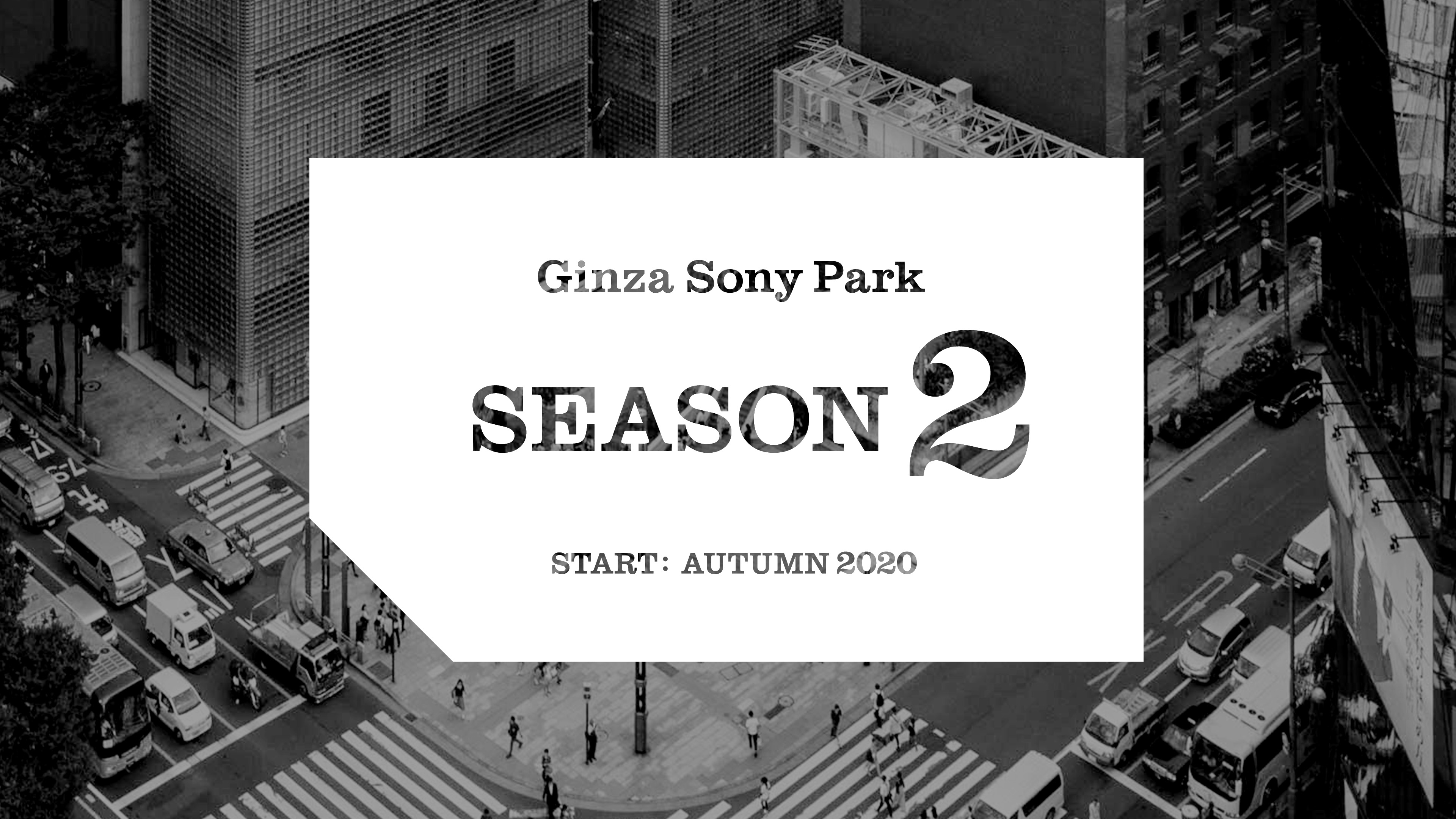 Utilizing the time needed for procedures before construction on the final phase begins, the open period for the current phase of Ginza Sony Park has been extended to the end of September 2021. Murals by SHUN SUDO to symbolize the Ginza Sony Park Project will also be on display.
See more
NEW 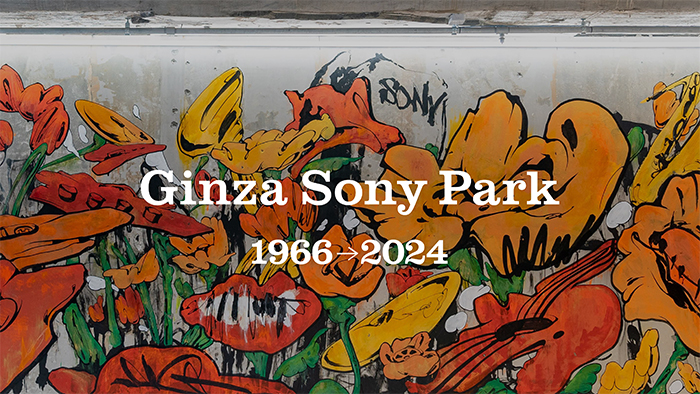 Donations at #013 QUEEN IN THE PARK: Experience Music with Queen

Donations were collected at a fundraising exhibit at #013 QUEEN IN THE PARK: Experience Music with Queen. The money collected was subsequently donated to The Mercury Phoenix Trust.
See more
NEW 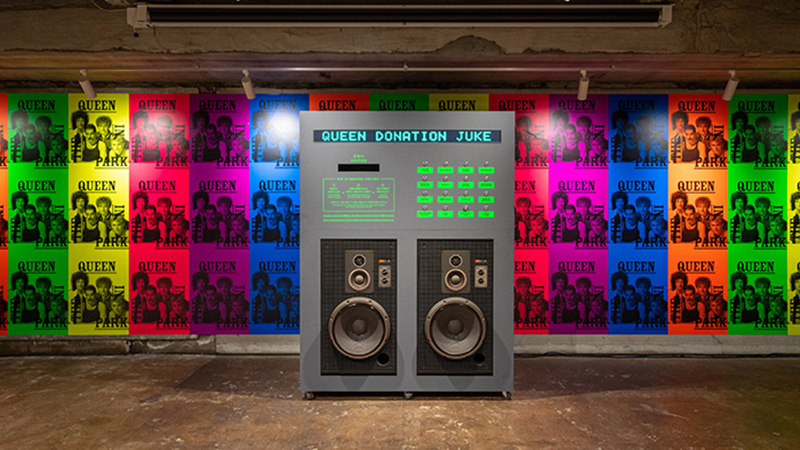 Winner of the top prize iF Gold Award from among 7,298 entries, Ginza Sony Park was recognized as a bold, outstanding, and far-sighted project for its creativity and versatility.
See more
NEW 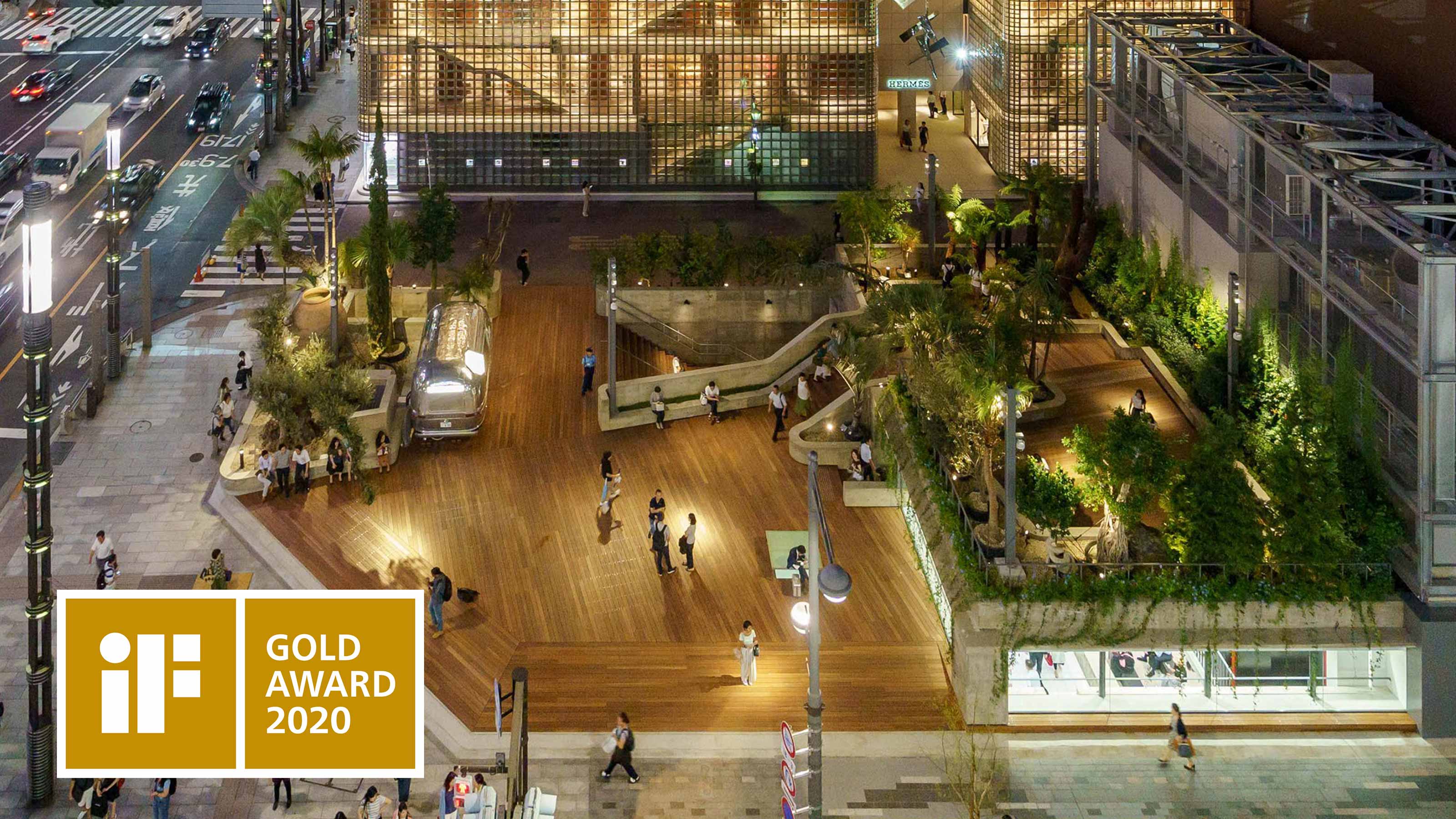 Winner of the Good Design Gold Award in 2019

Selected from among 4,772 entries as one of the five finalists for the Good Design Grand Award, Ginza Sony Park was recognized as an innovation in design for the decision to create a park without erecting a building right away, even as various other buildings in Tokyo are being rebuilt leading up to 2020.
See more
NEW 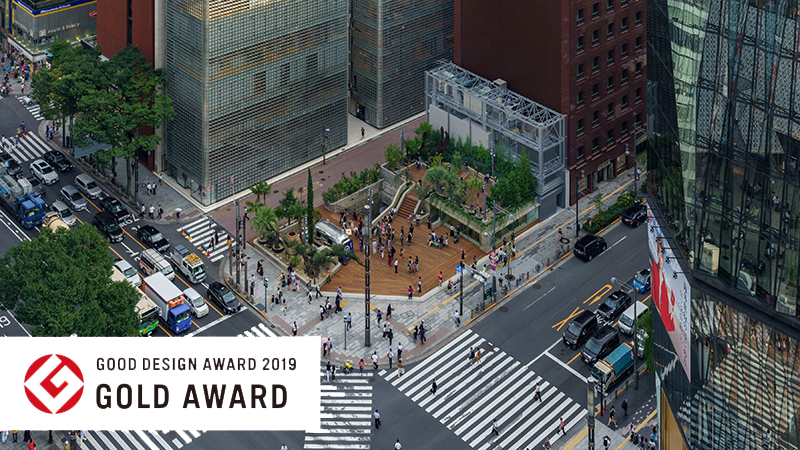 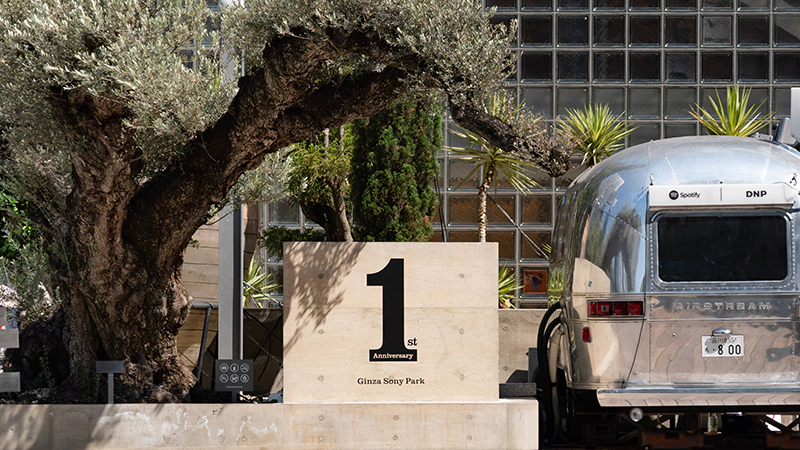 Fund-raising and charity sale at the For the Next Generation exhibit.

Fund-raising and a charity sale took place at the For the Next Generation exhibit, the proceeds of which were donated to the Emergency Disaster and Recovery Fund for Children.
See more 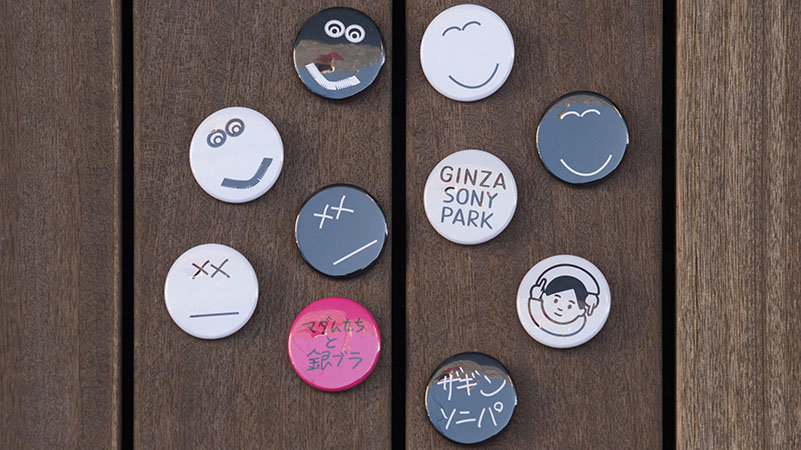 Project participants talk about the process of creating Ginza Sony Park, a park based on the concept of being ever-changing and interactive.
An ever-changing space offering new interactive experiences [YouTube] 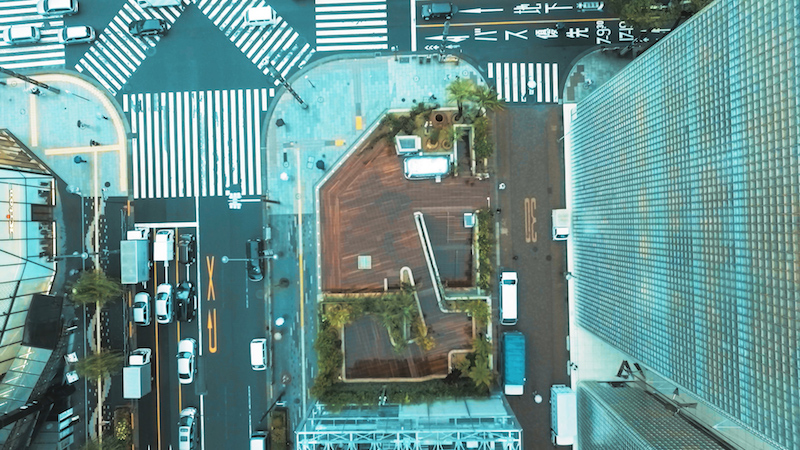 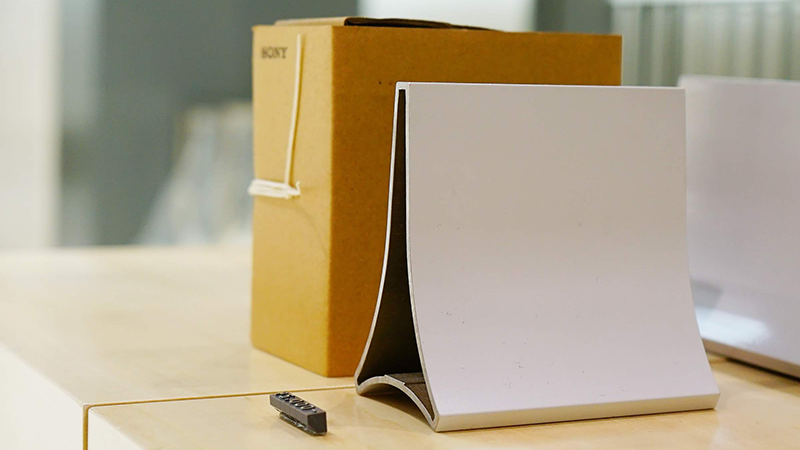 Live performance to commemorate the opening of Ginza Sony Park

Tokyo, Japan - Sony Corporation and Sony Enterprise Co., Ltd. are reimagining the site of the former Sony Building in Ginza, Tokyo, which closed its doors at the end of March, 2017, and will be re-opening it as the Ginza Sony Park on Thursday, August 9, 2018.
See more 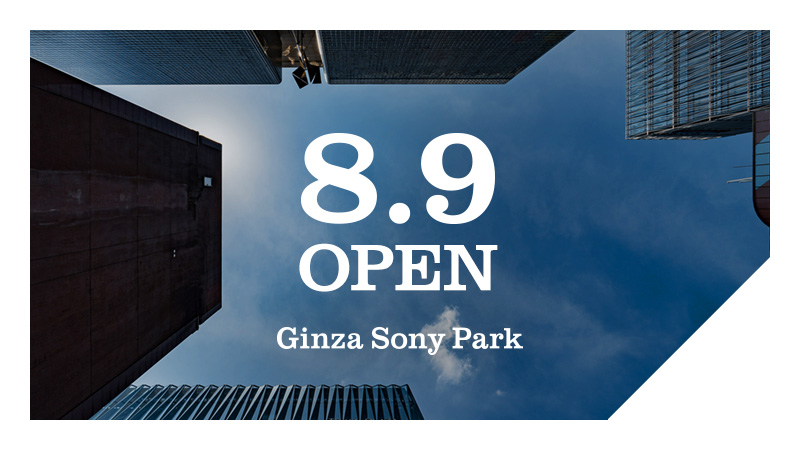 The louvers that were used to decorate the outer wall of the Sony Building were processed and put up in a limited-edition charity sale as"Sony Building Commemorative Louvers."
See more 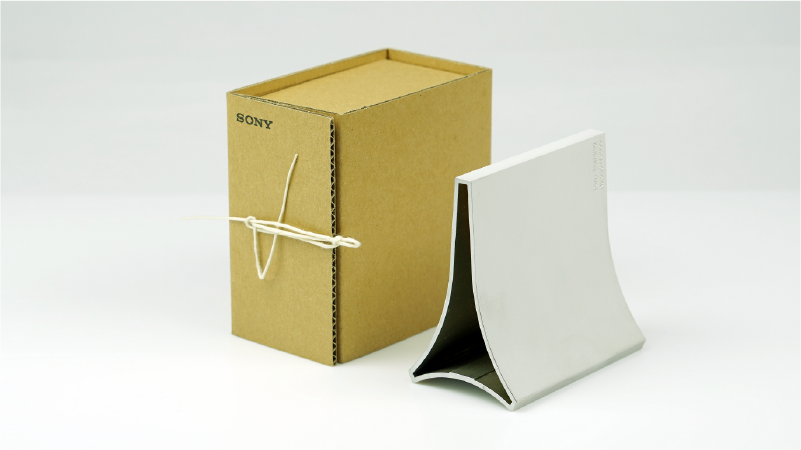 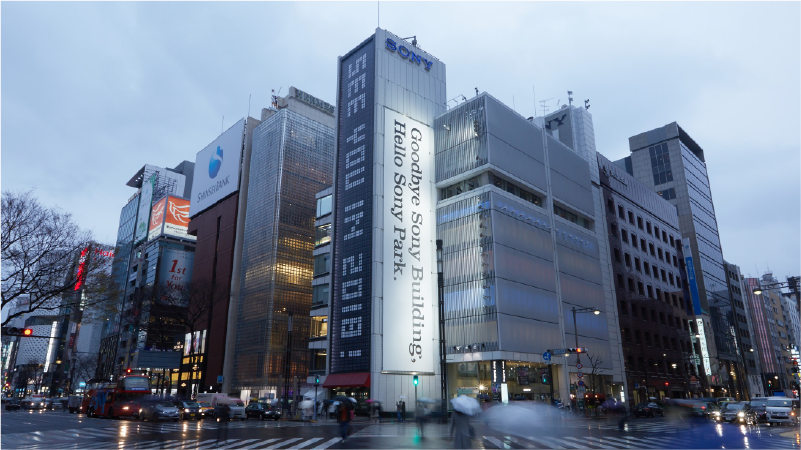 Grand Finale of the Sony Building

The last day for the Sony Building was March 31, 2017. The Tokyo Ska Paradise Orchestra was there for the grand finale, and the weather was rainy, as if to suit the atmosphere of the farewell.
Sony Building in Ginza, Grand Finale [YouTube] 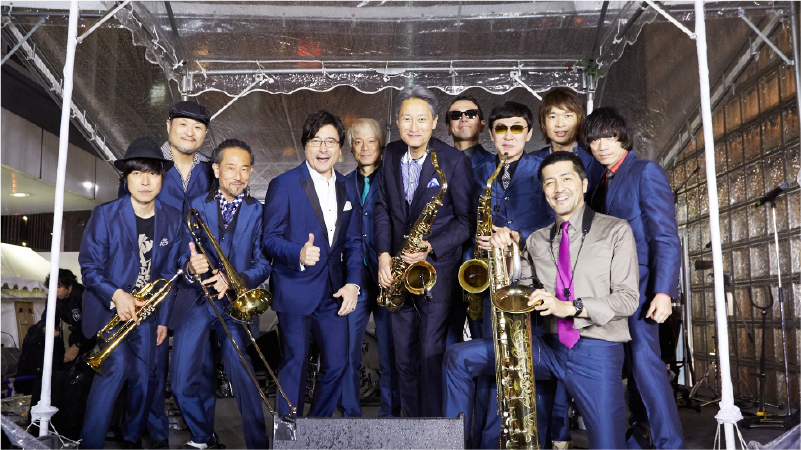 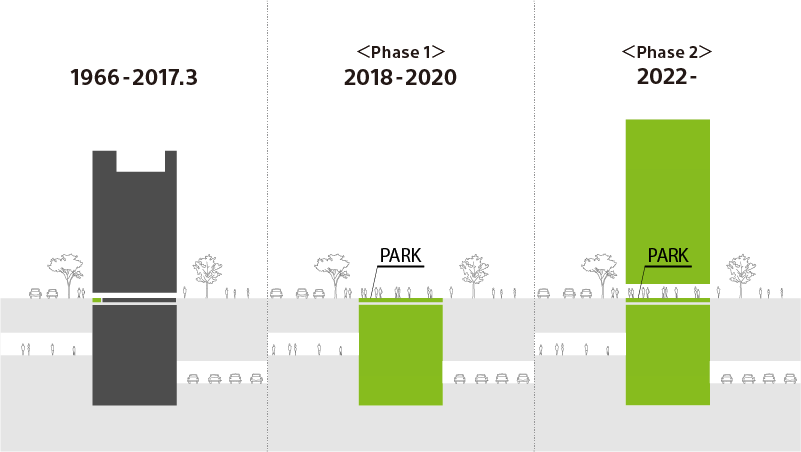 Initiative to use green energy

We have an ongoing initiative to use environmentally-friendly "Green energy."
See more 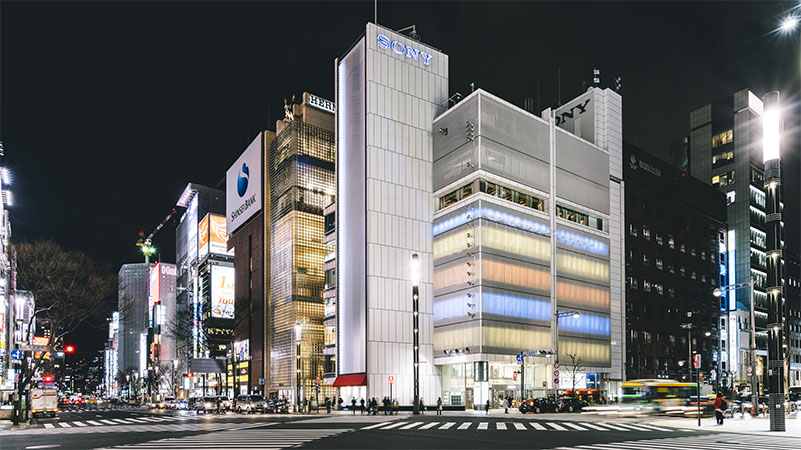 The newly renovated Sony Building was mostly white in appearance, with a large, CG-incorporated mural on the side facing Harumi Avenue, and with a new setup that lit up the glass walls of each floor in the nighttime. 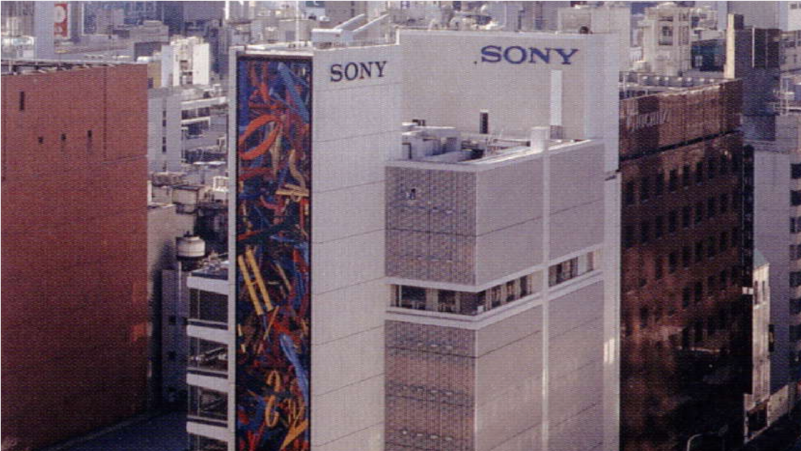 Blessed with the Opportunity to Design the Sony Building 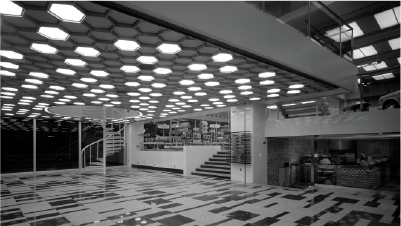 The Garden of Ginza

This day, April 29th, was an unforgettable one for me. We had struggled for so long with the ideas and concepts for this building, and it had become a source of pride for all of us. And finally it was open, in this corner of west Ginza, in Tokyo. This is not to say we did not have any more issues, however…
See more 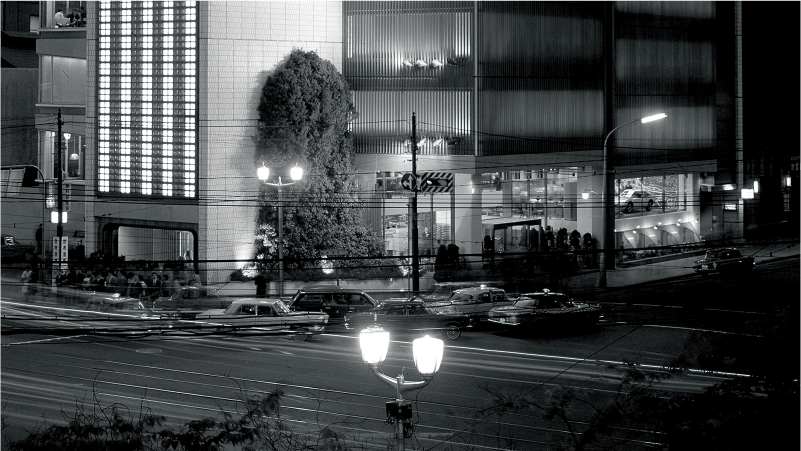 The Sony Building opened on April 29th, 1966, as a Sony information hub. (A three-dimensional, promenade-style composite showroom building with eight above-ground and five below-ground floors, and a flower-petal inner structure.) 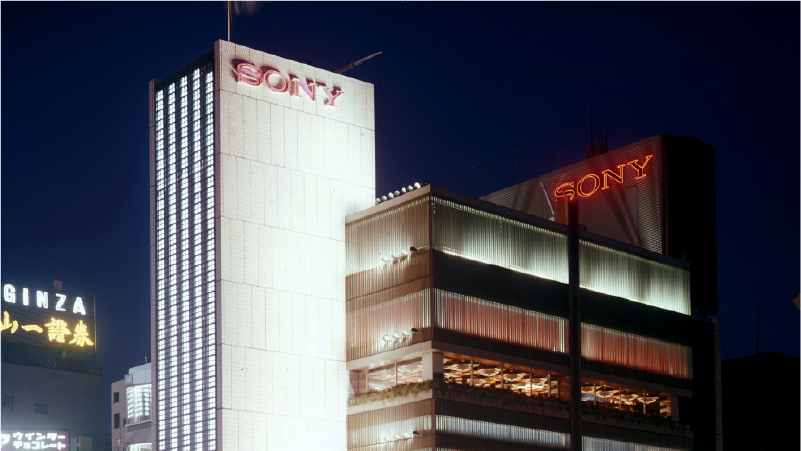 In 1959, we opened a showroom just short of 66 m2 on the first floor of the building displaying billboard. 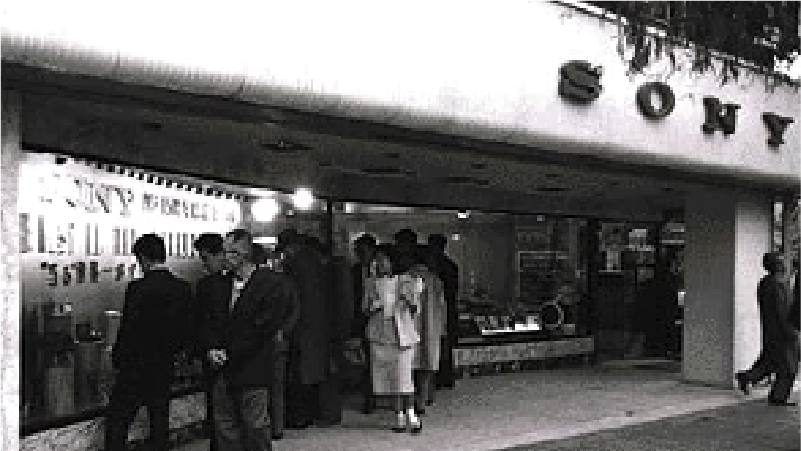 It was 5:01 P.M., December 19th, 1957, when a neon"SONY" sign lit up the night sky at the corner of Sukiyabashi in Ginza (the former site of the Sony Building), in our effort to get more recognition for the company. 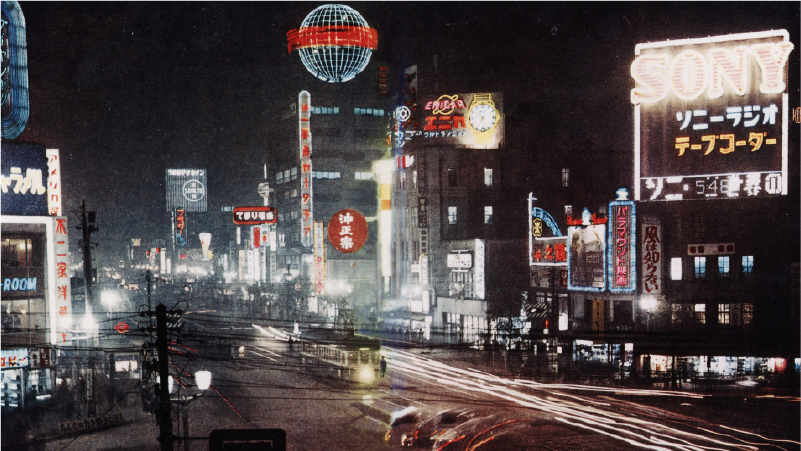